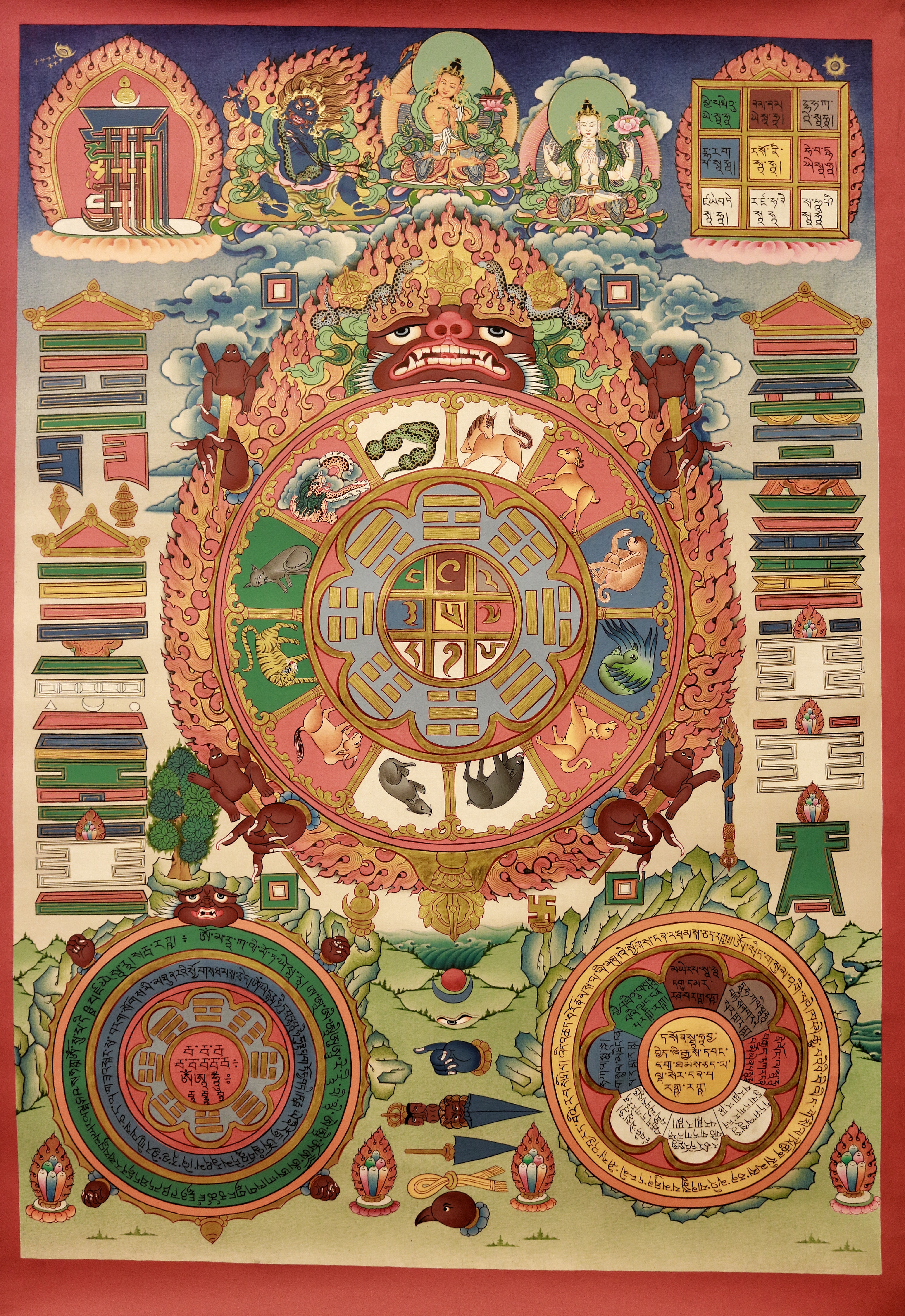 The Wheel of Becoming

The Wheel of Becoming represents the continuous movement. It is known that Buddha himself developed this concept to communicate Buddhist philosophy to general audiences.

The Wheel of Becoming also known as bhavacakra is a symbolic representation of cyclic existence. It is found in Buddhist monasteries to help general people understand Buddhist teachings.

It is a form of mandala meaning continuous movement. It is known that Buddha himself developed this concept to communicate Buddhist philosophy to general audiences.

It contains the following elements:

Wheel of becoming and Tibetan Calander

This thangka shows the relation between the Wheel of Becoming and Tibetan Calendar. On the basis of Sri Kalachakra Tantra, The Tibetan calendar is made, translated from Sanskrit. Tibetan cosmology and chronological studies are included as the first chapter of high-level Buddhistic teachings and external Kalachakra.

The Tibetan calendar is based on the cycles of the moon, and various dates are considered especially auspicious or inauspicious for certain practices.

You need to Login first